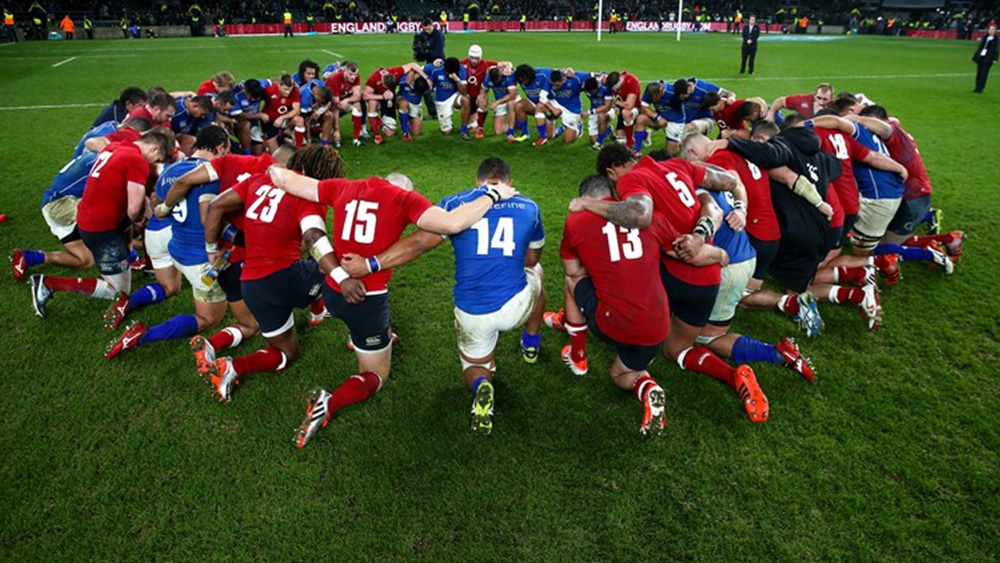 Rugby is not a game for the fainthearted it needs immense strength in body and mind, expendable stamina and above all character to sustain the ninety minutes of fast paced action which has perennially spilled over outside the playing field even after a match has been concluded.

The camaraderie built between teams and individuals are very good examples for other non bodily contact sports too because it is the sharing of blood and sweat that makes Rugby what it is, and a force to reckon with, when it is unity that one would talk about.

A fast paced action packed game of Rugby at whatever level, whether it is a school game, club or even at international level is sure to shed and share a few drops of blood and buckets of sweat that no other game could boast of.

It is this sharing of blood and sweat that makes Rugby a game for the rough and the tough and though it looks like a bunch of unruly ruffians are after an oblong ball, it is one of the world’s best sports which has demonstrated very forcefully that it can sustain the perils of political divisions, color, creed and all the other negatives, that Man famously brings forth with the intention to divide each other.

Two very distinctive periods in the world of politics could not deter the much spoken about unity that the game of Rugby forges and boasts about, one the most violent anti establishment insurgencies in world history that the Irish Republican Army (IRA), mounted against the British government and the other the very critical and much maligned Apartheid rule in South Africa, are just two examples which would should how Rugby has sustained and won the day by forging unity like none other.

In the case of the British government and the IRA conflict, though the island of Ireland was divided on political lines and even today remains as two separate political entities, with the Republic of Ireland an independent nation and Northern Ireland a part of the United Kingdom of Great Britain where the IRA mounted their violent struggle.

The Irish Rugby Football Union (IRFU) remained undeterred and united as the Rugby governing body for the whole island of Ireland since its formation in 1879, right throughout the days of conflict and to the present.

This was and is unprecedented as nowhere else would it transpire one sport governing body surviving the high crest of violence and animosity, uniting two separate governments without any bias on political lines.

In the case of South Africa, after the end of Apartheid rule, the late President Nelson Mandela forged unity among the whites and the blacks through the game of Rugby by bringing the “Rugby World Cup Tournament” to the nation in 1995.

After a very hard fought battle on all sides of the divide, he inspired the South African Rugby Team to win the “Rugby World Cup 1995”, which the country needed most at the time, to consolidate the new found freedom into sustainable Unity.