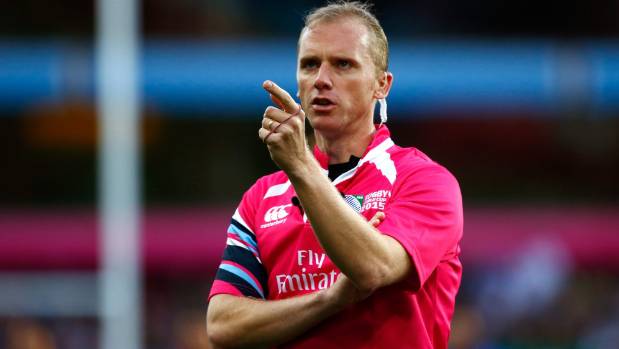 They say the toughest position on the field in a Rugby game is to be the referee and nine out of ten referees would probably agree.Much credit and respect must go to the “whistleblowers” of the Game because in Rugby, this esteemedduty is such a huge part of the tradition and honour of what makes the Game so great that it is generallyaccepted by all that the referee (and assistants) will have the prerogative to exercise decisions to thebest of his/ her ability for the good of the Game. That means ALL of the Game; every law, every rule, andthe very core essence, spirit and values of Rugby. That task is no easy matter and players, management and supporters (albeit in seemingly different degrees of sincerity) all respect the referee’s difficult job and his/ her decisions.

Once in a while however, amidst the current Law updates and this and that trial of such and such, there are some real referee ‘head scratchers’ that are just jaw dropping. We take a look at what we think is the Top 3 in recent years: #3: Marius Jonker – Bulls vs Brumbies 2012. Round 9 of the 2012 Super Rugby Season saw the Brumbies travel to Loftus Versfeld in Pretoria to take on the Bulls. 57 minutes into the game and the Bulls are leading 25-13. The Bulls have possession 15 meters into their own half and have recycled the ball from a ruck. Francois Hougaard passes the ball to an awaiting Morne Steyn. Steyn knocks the ball on and it rolls two meters forward. Everyone freezes awaiting the indisputable whistle for the knock on. But it doesn’t come and CJ Stander powers through Brumbies back-footed defense to score in the corner.
At the final whistle, Bulls win 36-34. #2: Craig Joubert – Scotland vs Australia 2015. It is the quarterfinals of the 2015 Rugby World Cup and a tense match ensues between Scotland and Australia. Scotland are in their own half and have the throw-in from the lineout. Bizarrely, it is thrown to the back of the lineout and knocked back by Scotland number 8 and is touched by teammate flanker John Hardie who knocks it forward into Australian scrum half Phipps. The ball slides of Phipps and into the awaiting arms of another Scotland player. Most would agree that it would be called a knock on which would mean awarding an Australian feed into a scrum. The whole episode took all of six seconds and referee Craig Joubert awards a penalty to Australia instead. Bernard Foley slots in three points and Australia win 35-34 and go on to the semifinals. #1: Wayne Barnes – France vs New Zealand 2007. Did this decision knock the All Blacks out of RWC 2007?. It is the 67 th minute of the game and France is attacking the All Blacks left wing. Speeding through is French fullback Damien Traille and supporting on his outside is flyhalf Freddie Michalak. Traille is tackled but manages to pass the ball… forwards (as the replays clearly show). The referee however saw nothing wrong and Michalak manages to pass the ball to Yannick Jauzion who scores a try. A winning try that took France on to the semifinals. A try that crushed the tournament favourites hopes of winning their second World Cup, along with four million Kiwi hearts.

WHAT IS THE MOST CONTROVERSIAL REFEREE DECISION YOU HAVE EVER SEEN IN RUGBY?