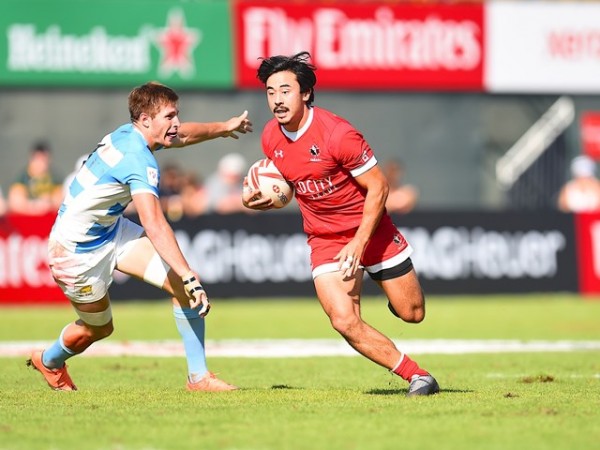 With apologies for paraphrasing the Canadian National Anthem as the title, we make no apologies for the outstanding Rugby Canada has produced throughout history.

Although some might argue that Canadian Football is the more watched sport, Rugby has extremely high participation especially in Vancouver Island and British Columbia.

With different forms of football already being played in Canada since the 1820’s, the Rugby variation started being played by British settlers in the 1860’s in Halifax, British Columbia and Nova Scotia. The first recorded game of Rugby was played by stationed soldiers of the artillery regiment in Montreal in 1864. Trinity College and McGill University are recorded as early civilian institutions to play Rugby, although the first recorded Rugby game to be played in British Columbia was between Army and Navy in 1876.

In 1902, a Canadian XV already toured the British Isles and British Columbia Rugby traveled to California to play the All Blacks in 1908. The onset of the first and second world wars reduced the number of games being played and it was in 1958 that the Carling Cup was set up as a national Cup Competition. British Columbia retained the cup until Ontario took it from their grasps in 1971.

Since then, Canadian Rugby has consistently raised its standards to its current Tier Two status, consistently competing in every single Rugby World Cup since 1987. Not to be outdone, the Men’s and Women’s Sevens teams continue to shine with exceptional players such as Brittany Benn, Bianca Farella and Kayla Moleschi as well as household names Harry Jones and Nathan Hirayama giving top performances in the World Sevens Series. With the domestic Canadian Rugby Championship, CDI Premier League in British Columbia as well as the Ontario Arrows expected to join the Major League Rugby competition in 2019, Canadian Rugby clubs and Rugby Canada look set to continue their status as a major powerhouse in the Game.

We take a look at some of the top Rugby Clubs in Canada:

One thing is for sure, wherever you may be in Canada, there is always a club ready to accommodate your desire to ruck and maul and play the heavenly Game that is Rugby…