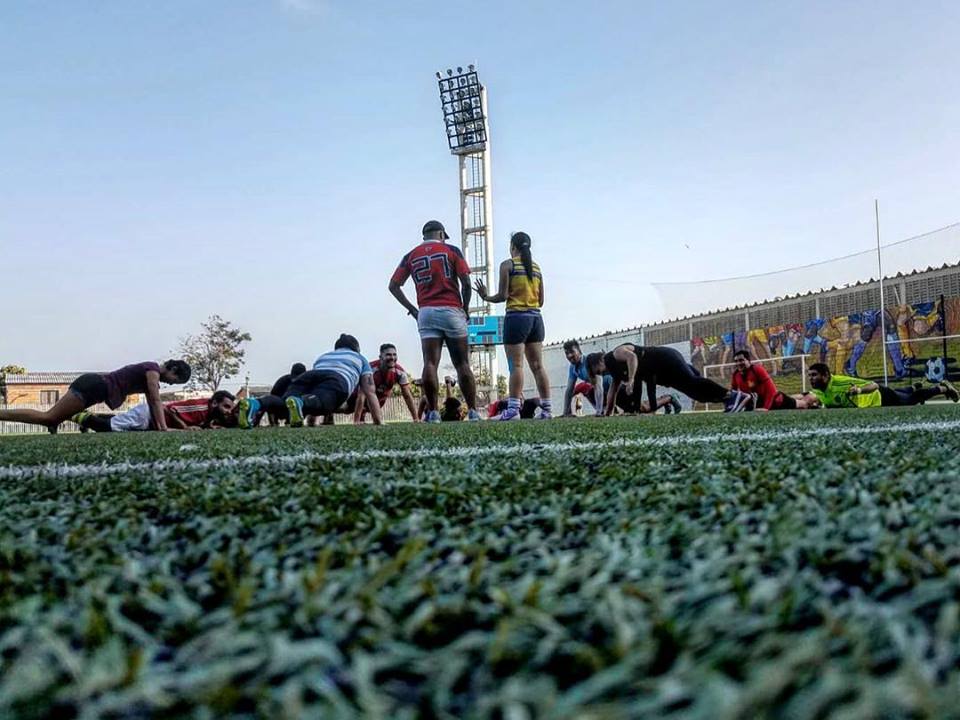 With the exception of Colombians and the general South American public, very few people would know about the Carnival of Barranquilla, even though it is one of the most important folkloric celebrations in the country and one of the biggest in the world. Even fewer perhaps know that Barranquilla now boasts itself as one of Colombia’s most passionate Rugby hubs, with Rugby growing in leaps and bounds over the past few years.

We speak with Gustavo Rocha a.k.a “El Negro”, who is the founder of Mokana Rugby Club and one of the initiators of Colombia’s Liga de Rugby de Atlantico competitions about Rugby in Barranquilla and Colombia in general.

Q.Hi Gustavo! Can you tell us a little bit about yourself?

A. I’m from Colombia and right now I live in Barranquilla where I founded Mokana Rugby Club (instagram – @mokanarc) in 2009. I also initiated the Liga de Rugby de Atlantico the same year.

When I lived in Bogota, I used to play for Carneros Andes Rugby Club in the Liga de Rugby de Bogota and now both leagues are part of the Colombian Rugby competition which is fantastic because it means Rugby is growing here and more games are played across the country.

Q. So how did Rugby start in Colombia? Is it a popular sport?

A. Rugby has been around since the first ships came in with sailors from Britain and France, but in modern times it was mostly played by foreigners in the 1980’s. It started to grow and thanks to the dedication by such pioneers such as Hans Rausch and Alfonso Castaneda Felletti, Rugby began to gain a strong following in Bogota, Medellin and Bucaramanga.

Colombian Rugby grew even further when university clubs started blossoming in the late 1990’s and early 2000’s. Rugby appeared in other regions such as Cali, Pereira and as the National team started to participate more often in international events.

Eventually in 2009, Rugby reached the Caribbean coast in Barranquilla and from there it spread to Cartagena, Santamarta, Rioacha, Sincelejo and Monteria.

At the moment Colombian Rugby is located in Medellin where the best clubs and players of Colombia are. They are doing a great job and always trying to develop other regions as much as Medellin.

Q. Can you tell us more about Mokana Rugby that you set up?

A. Well, as I said, we set the club up in 2009 and use the official colours of Barranquilla which is red, green and yellow. Our mascot is the snail and our motto is “Compromiso e Confianza” or Commitment and Trust.

We play XVs for men’s and Sevens for women’s and youth. Our regional players play XVs and Sevens competitions as well as Beach Rugby, two of which are held in January and June here on the beaches of Barranquilla!

We have one tournament every semester in Barranquilla and the winners of the last semester goes on to play in the national club tournament in the next semester.

Mokana Rugby Club is a monument to all the hard work of all its members throughout the years. In the past nine years, we have grown from a handful of Rugby players to almost 300 active players. Both the club and the region have won competitions in men’s XVs, women’s and youth Sevens too…

Q. With the different programs you have ongoing, how can people reach out to help?

A. Well, they can contact me through my Instagram account (@jabalirugbier). We have groups for kids Rugby, women’s Rugby and all the way up to the big boys playing senior XVs so anyone who wants to help out is always welcome!

Q. Do you have many challenges in growing the Game?

A. I believe that if you want to do something bad enough then you will find a way to do it… Funding is always an issue but like many Rugby people, it becomes less of an issue when we work together. Perhaps the biggest challenge is that people in Colombia don’t know much about Rugby yet. They know soccer and converting them is not easy if we have to compete for fields with them due to the lack of fields available here in Barranquilla…

At the end of the day everything we do now will aim to increase the number of players in the region and in Colombia and that will bring the standard of Rugby up as a whole in the country. That is the legacy we want to achieve…

Q. Who do you think will win the Rugby World Cup this year? Do you have any favourites?

A. As many people here in Colombia, I also like the All Blacks and I think they will come out the winners at RWC 2019.

Even though my dream is that Colombia beat the Argentina Los Pumas, I actually hope they can make it to the finals of the RWC this year. It would be good to see them make it all the way to the Finals.

Q. Thank you for your time, Gustavo! Is there anything else you want to say to our readers?

A. You’re welcome… I do want to say to the Rugby community everywhere that we should always remember the Rugby values… I believe it is what makes us different from other sports. As we say in Spanish, “Que Es el Rugby!”