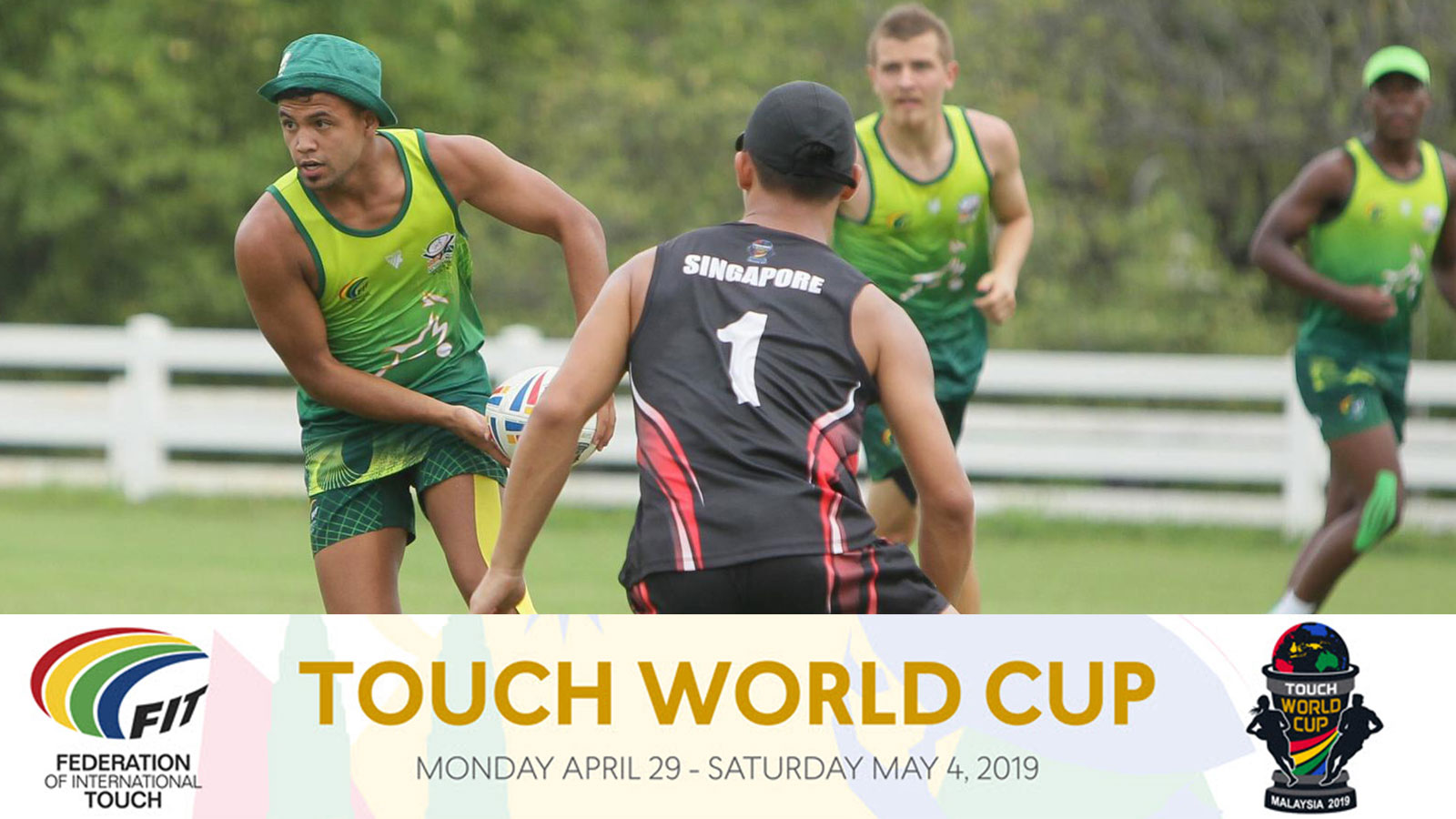 With no tackles or kicking allowed, no posts needed and minimal-force touches in place, touch rugby is one variant of the game that is not only fast-paced but is also probably the most inclusive, allowing mixed teams of men and women, regardless of age to compete against one another. The speed and agility as well as passing and positioning skills required put more emphasis on rugby fitness without the strenuous and exertion found in the tackles, rucks and mauls as well as the scrums of the XVs, Tens, League or 7s game.

The minimal equipment needed and the lack of aggressive contact allows more people to experience playing rugby and the added benefits of skill and fitness also made it ideal for training. All you really need to play touch rugby is a ball and a flat surface to play on.

Most agree that touch was initiated as a variant of Rugby League, used in training to hone the skills necessary for the regular game. The fun and excitement that eventuated contributed to its growth and popularity and supervised “touch and pass” rugby has been recorded as being played in playgrounds in England as early as 1956.

The simplicity of the game is its appeal.

So appealing that even though the official governing body of the game is the Federation of International Touch (FIT), even World Rugby which governs Rugby Union has issued a “leisure rules for Touch Rugby” as a guide for its Unions to follow. In any corner of the world, the easiest game of rugby to play is touch rugby.

Just some of the benefits of touch rugby include:

As social as touch rugby is, it is also a competitive sport with some very serious leagues and tournaments being played worldwide. From Africa to Europe, Asia and all the way to Australia and New Zealand, organized play is also growing with the pinnacle being the Touch Rugby World Cup.

The most recent Touch Rugby World Cup was held in Putrajaya, Malaysia. Since its inception in 1988, a total of nine World Cup tournaments have been held in places as diverse as Hawaii to South Africa. In most of the categories, Australia and New Zealand have dominated first and second place with England, Italy, Cook Islands, South Africa, Lebanon and Samoa managing to reach some Finals and even winning one or two once in a while.

In Putrajaya, Australia took Gold in the Open Men’s and Women’s as well as the Mixed competition where they were up against New Zealand in all three finals. New Zealand surprised Australia in the Women’s 27 and over category by claiming the Final although NZ was totally absent from the finals of the Men’s 30 and over as well as the Mixed 30’s where Australia once again took Gold after beating South Africa and the Cook Islands respectively.

Whether you are a seasoned player or a beginner, no excuses, now is the time to get out and try some Touch Rugby!