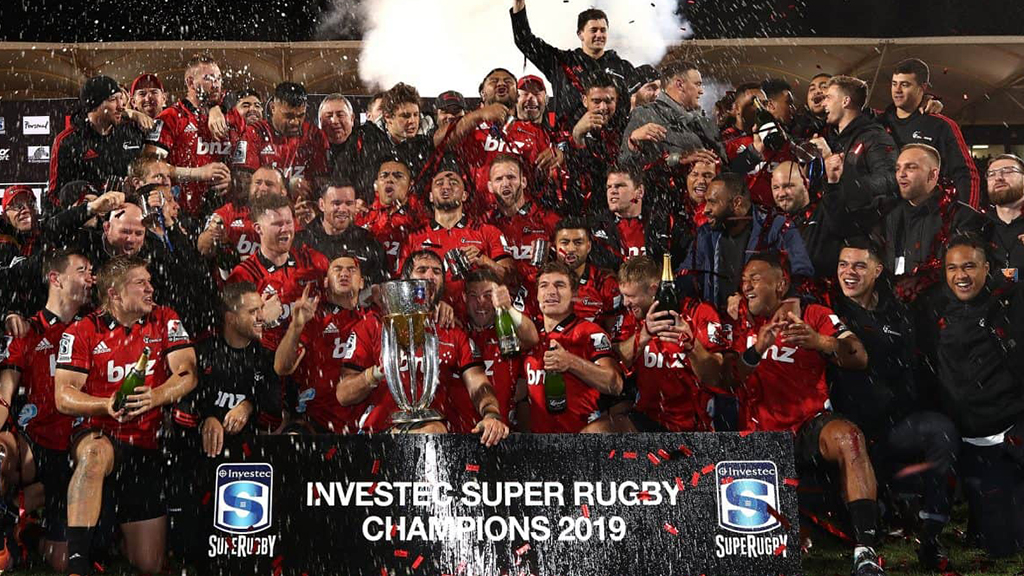 The 2019 Super Rugby competition is done and dusted, confirming what many have speculated, that the Crusaders are just simply too good…

Playing the Final against a proud but wanting Jaguares side, the Crusaders displayed a clinical performance especially in their defense and despite scoring only the one try through hooker Codie Taylor, their solid tackling and ability to retain the ball combined with Richie Mounga’s one conversion and four penalty kicks were just too much for the Argentinians. Crusaders’ coach Scott “Razor” Robertson deserved the breakdance celebration he did afterwards. He had taken his side to its second three-peat as coach also having been part of the historic first three-peat as player from 1998 to 2000. The Crusaders have now won 10 Super Rugby titles, seven more than the next best clubs, the Brumbies and the Bulls.

But the end of this year’s competition has created more of a buzz than usual, with fans and pundits alike taking a close look at the Bulls and Sharks in the South African Conference too. The Bulls suffered massive losses against the Chiefs and Crusaders while the Sharks lost five games at home. It would seem that SA Rugby needs to work on their consistency should they hope to be competitive in this year’s RWC.

There is also the exodus of some of the competition’s biggest names. David Pocock and Will Genia will leave for Japan. Kieran Read, Malcom Marx and Sam Whitelock will also play next season in the land of the rising sun. Eben Etzebeh will leave the Stormers for the lure of French Rugby, joining Toulon where he will be joined by Hurricane Nehe Milner-Skudder. Matt Proctor will leave Hurricanes to play for Northampton Saints and Waratahs center Nick Phipps will play for London Irish. Perhaps the biggest news regarding leaving players – if you don’t count Israel Folau’s termination from Wallabies and by default, the Waratahs – is Beauden Barret’s move up north to Auckland to play with the Blues.

With the Jaguares reaching the finals after only four years in the competition, we can certainly look forward to them putting on a great show next year but can anyone topple the Crusaders? Will it be four-in-a-row for the red and black from Christchurch in 2020? Will the Hurricanes be as competitive without Beaudy?

Time will reveal. See you all next year… It’s now time to set your televisions and computers to RWC Japan!