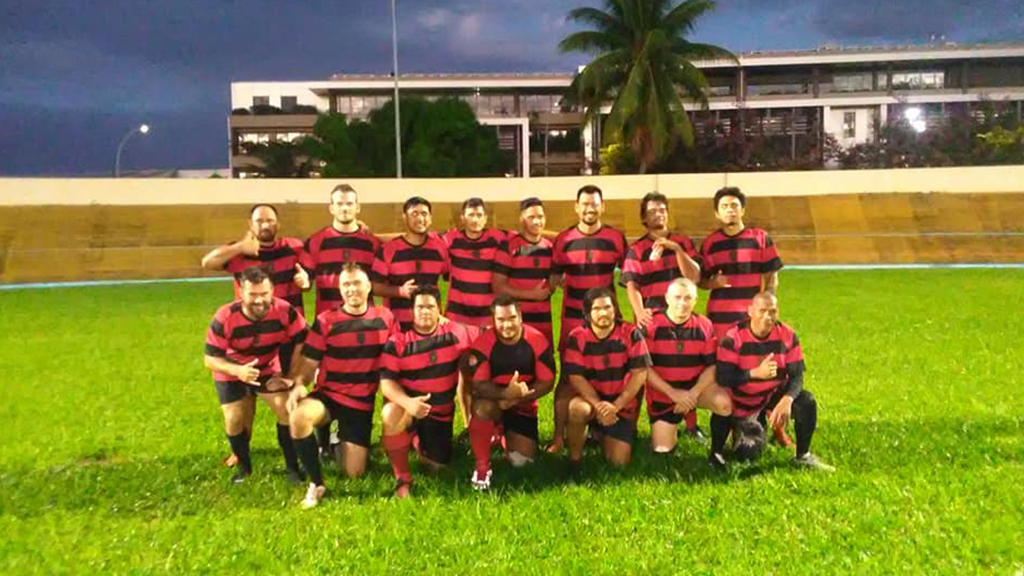 An exotic stretch of over 100 islands make up French Polynesia in the South Pacific. Blessed with a tempered climate, the marine tropical weather ensures lush vegetation making it a dream destination for global visitors looking for a perfect holiday.

Along with a friendly people and proud heritage that includes the world famous ‘o’tea dancing, easily recognized by the fast paced hip-shaking of the dancers, Tahiti also boasts an active population that participates in many sports including outrigger canoe racing known as Va’a, surfing and football.

As to be expected from a Polynesian nation, Rugby is also a very popular sport there.

Rugby first came to Tahiti through the first wave of British, Australian and New Zealand sailors that routinely visited the island throughout the 19th century. Some informal games were played and did attract some local players but it was not until the second wave of Rugby players came through in the form of the French military presence, did a stable feeder of local players started coming through. To this day, a number of French military teams are still prominent in Tahiti.

The third stream of Rugby came to Tahiti through contact with the neighboring countries of the Pacific where it had already become more popular.

The Tahiti Rugby Union known as Fédération Tahitienne de Rugby de Polynésie Française is the governing body for Rugby in French Polynesia. Since its formation in 1989 it has become a full member of the Federation of Oceania Rugby Unions and has been affiliated with World Rugby since 1994.

Notable clubs such as Papeete Rugby Club, AS Arue Rugby, Faa’a Rugby Aro, Punaauia, Rugby Club Taravao and Hauhine compete in XVs, Tens and Sevens competition in Tahiti, with both men’s and women’s competitions being held year round. Most clubs also have a junior side that provide a grassroots development as well as continuous feeder to the senior side.

Because of its status as a semi-autonomous territory of France, players in Tahiti are technically French citizens and have the option to play for either country.

One of the most exciting Tahiti players in recent years is 25-year-old, 192 cm tall winger Jean Teiva Jacquelain who currently plays for La Rochelle in France and is also a member of France’s national Sevens team. He is also unique in that he has previously represented Tahiti Sevens Rugby in the 2015 Pacific Games.

Although Tahiti’s Rugby reputation was somewhat marred when they fielded two ineligible players in their recent RWC Japan 2020 campaign against the Cook Islands, the passion for Rugby is stronger than ever in the country. Having limited success against their Pacific neighbors has only strengthened Tahiti Rugby’s determination to continue to build and grow the sport throughout the island.

Rugby is definitely a hit in Tahiti!