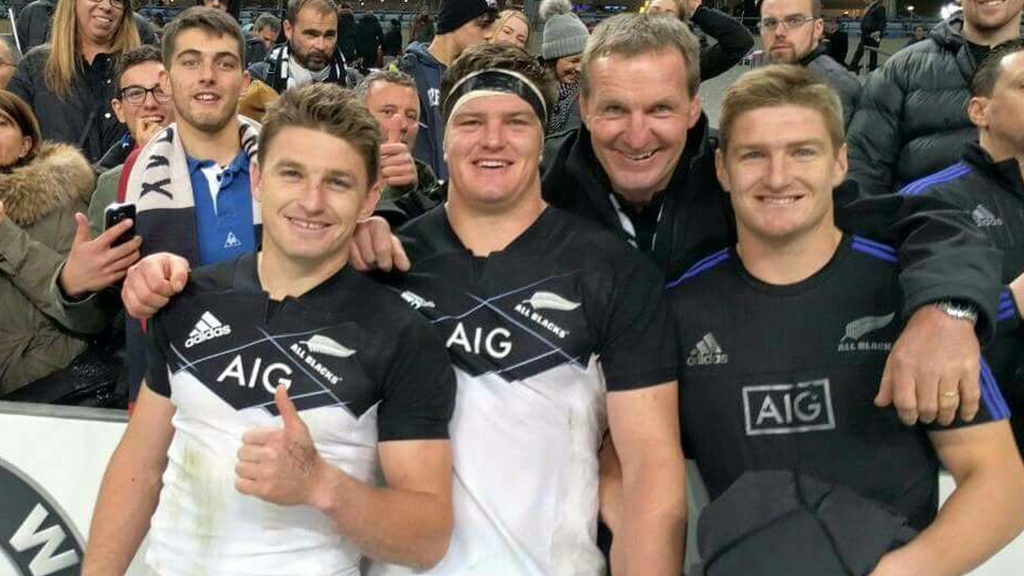 “The apple doesn’t fall too far from the tree…” so goes the old saying, and such is also the case in Rugby.

A multitude of families have in distant and more recent times, graced us with their presence at the very highest echelon of both club and international Rugby. The family combinations have included parent-children, uncle-nephew and also cousin and sibling combinations.

The most recent Rugby family that springs to mind must be The Barretts from New Zealand. They call their farm in South Taranaki home and as their father Kevin had played Super Rugby for the Hurricanes up until his retirement in 1999, so have his sons Beauden and Jordie. Scott Barrett plays lock for the Crusaders and eldest son Kane has previously played for the Blues where brother Beauden is currently contracted to. Beauden, Scott and Jordie Barrett have all gone on to represent the All Blacks.

Other recent Kiwi Rugby families include siblings Rieko and Akira Ioane who play for the Auckland Blues, Julian and Ardie Savea at the Wellington Hurricanes as well as dual-code superstar Sonny Bill Williams who last played Super Rugby with the Blues and his sister Niall Williams who plays for the Silver Ferns.

Going back a few years in New Zealand, we also have brothers Hosea and Rico Gear, Robin and Zinzan Brooke, cousins Dave and Jason Hewett as well as twin brothers, Alan and Gary Whetton. Even the legend himself, the late Sir Colin Meads had a brother of equal reputation in Rugby, Stanley Meads.

Brothers Bruce and Robbie Deans are grand-nephews of All Black Bob Deans and the late Jock Hobbs was their brother-in-law.

Across the pond, Australia also boasts a proud heritage of Rugby families with the Fainga’a twins Saia and Anthony often present simultaneously on the field. They also have not one but two other brothers who also play professional Rugby, Colby and Vili.

The Ella brothers are absolute legends of the Wallabies with Gary, Glen and Mark Ella all having represented Australia in the 1980’s but even earlier in the 20th century, brothers Snowy and Harald Baker had also carved legendary status for themselves having represented Australia in Rugby in 1904 and 1914 respectively. Snowy Baker is in his own right, a sporting marvel in his own right, having excelled in swimming and boxing besides Rugby and even winning a Silver medal at the 1908 Olympics in middleweight boxing.

Matt Giteau is renowned for his amazing Rugby skills but so is his sister Kristy who also plays Rugby and was part of Australia’s 2010 Women’s Rugby World Cup. Worthy of mention is that sporting talent runs deep in the Giteau family with father Ron Giteau having played Rugby League professionally and mother Bianca Giteau who represented Australia in netball.

An extended Australian Rugby family legacy must also be mentioned in the form of the McLean family from Queensland.

To say that Rugby is in the blood of Australians and New Zealanders is probably an understatement to say the least and we are sure to see more families come through the Rugby in these two countries in the future.

Be sure to catch the second part of our Rugby Families feature in our next publication!