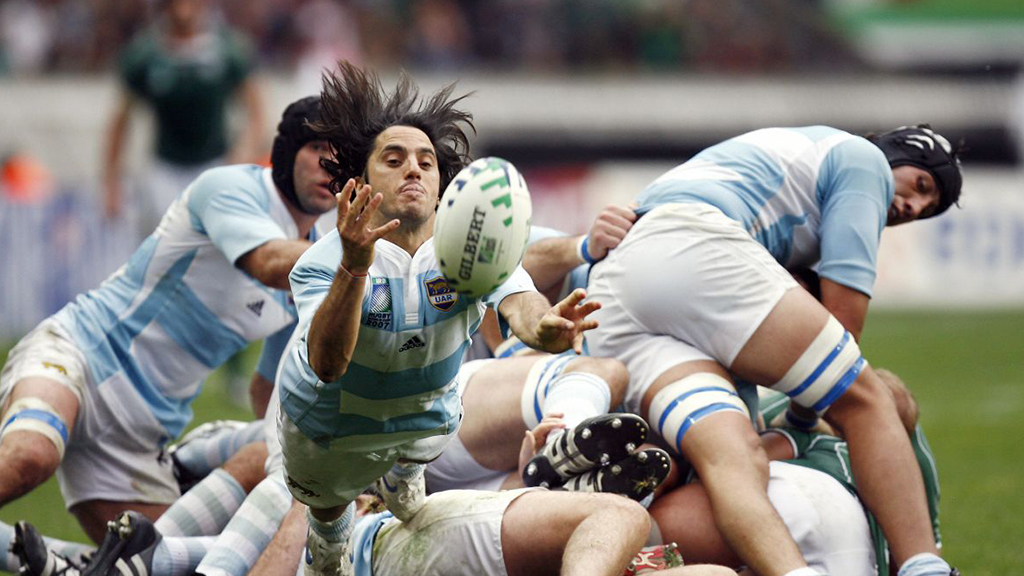 They are traditionally small in stature but resilient and feisty. They connect the forwards and backs through their ball distribution as well as their yelping of a multitude of commands and complaints. To be fair, they do at least as much to irritate the officials and opposition, if not more, and deep down inside and as irritating as they can be, they are and always will be “OUR halfback”.

Perhaps the most unbelievable sight to behold at any Rugby game – especially at the highest levels of play – is that of the usually smallest player wearing the number 9 and getting in the midst of it all. There have been bigger players who have took to the task, but the agility and strength as well as the sheer skill and courage that emanates from the diminutive halfback is truly the stuff of legend.

Case in point and arguably the best ever to have worn the number 9 was the late Joost van der Westhuizen. His last-ditch tackle on the late Jonah Lomu in the 1995 RWC was monumental in contributing to the Springbok’s first ever World Cup. His battles four years later with Wallaby number 9 George Gregan in the semifinals of the same tournament became folklore. Finishing his career with 89 caps and 38 tries, “J9” was diagnosed with Motor Neurone Disease in 2011 and lost the ultimate battle to it in 2017.

The Springboks had another magician slip into the halfback role as soon as van der Westhuizen left in the form of Fourie du Preez. Equally “big” as his predecessor, du Preez was known for his sharp breaks around the base as well as his mastery of the kicking game. Winning the RWC in 2007, du Preez was also pivotal in the Boks series win over the Lions in 2009.

Los Pumas Agustin Pichot stepped into the limelight as a number 9 by scoring against Australia in 1995 and played in the RWC later that same year. His leadership guided the Pumas to a third place finish in RWC 2007. At his retirement from international Rugby, he had been capped 71 times and scored 12 international tries.

From the northern hemisphere, we must mention England number 9 Matt Dawson whose slick performance in 2003 was an absolute highlight of leadership that led the team to ultimate victory. There is also Scotland captain and tough-as-nails Greig Laidlaw who despite never having the privilege of winning an RWC, is definitely one of the most versatile halfbacks in recent memory.

One of the longest ever number 9s to have played at top level, has to be Wallaby, George Gregan. With 15 years in Super Rugby including an RWC win in 1999, Gregan was the typical halfback that riled his teammates up when they needed it and irritated the opposition when necessary.

Of course, New Zealand has had its share of famous number 9s too. Inaugural RWC winning captain David Kirk, Byron Kelleher, Piri Weepu and Aaron Smith have all brought their own unique traits to the game. Following in their steps, raring to go and with numerous internationals already under their belt, the Kiwis have TJ Perenara and Brad Weber which speaks volumes on how deep their talent goes.

An extra special mention however must be made of possibly the most elegant and suave player to have donned the 9 jersey, Faf de Klerk. It was not just his playing skills in the 2019 RWC that made an impact, but also his long, golden, seemingly meticulously groomed mane that fans took to heart. Like a Samson amongst the Philistines, he was none too shy to bring out his aggressive side, as can be seen in the memorable tussle he had with Welsh lock, the 197cm, 121 kg Jake Ball. Here’s to the halfback! Scorned by the backs, tolerated by the forwards, loved by all!