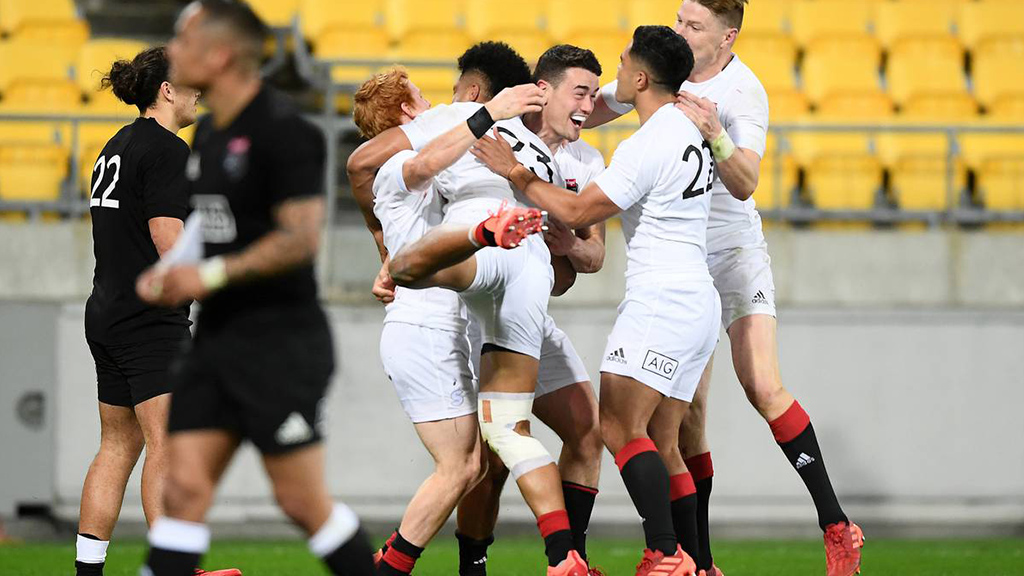 The two sides exchanged the lead seven times and it took close to 86 minutes and some of the most spectacular Rugby in recent memory to finally decide the winner of the Loving Cup and Te Matau a Maui, the two trophies awarded to the victors of the New Zealand inter-island battle.

Playing in Wellington where the swirling wind troubled even local player Jordie Barrett on a few of his kicks, it was the North who drew first blood through a cheeky yet magical Jordan Barrett grubber anticipated by Rieko Ioane who burst through and crossed the line before the third minute.

The South hit back in a similarly cheeky fashion through prop Nepo Laulala who simply picked up the ball from the back of his ruck, shimmied it a little and put it down across the line in the seventh minute.

The next try was simply mesmerizing.

A disallowed Codie Taylor try was avenged by a powerful Jordie Barrett move on the wing coupled with a successful angular conversion by perhaps the best fullback in the world at the moment.

Aaron Smith scored early in the second half off a brilliant pass from Damian McKenzie who received a one-hander from Hoskins Sotutu and it was North in the lead again.

Always a danger, Will Jordan scored next from an unfortunate Caleb Clarke slipup and then it was Tyrel Lomax’s turn as profited from some brilliant hands from Jordan, Goodhue and Barrett before Sam Whitelock left Richie Mo’unga’s pass alone for Lomax to run onto and score.

Now, this may have been enough drama for any game but this is New Zealand Rugby so Rieko Ioane just had to cross the line again for the North before Ash Dixon also ran through for a try that saw the North lead 35-31 with eight minutes on the clock.

And surely now, it was over. Not for this game…

With advantage being played, the South continued to hammer away through their forwards and before you knew it, the game was in the 84th minute. Replacement fly-half Josh Ioane put up a tactical cross-field kick that Will Jordan managed to hold on to before crossing the line. Jordie Barrett’s conversion sealed the win for the South 35-38.

The ten tries scored in the game does not do the play justice. This game had everything you could want and certainly all you hoped from a Rugby game. Speed, power, ball-handling, astonishingly accurate passing, leadership, youth, depth, tenacity and determination along with a sprinkle of scuffles, confusing calls, injuries and ball fumbles all came toghether for 86 minutes of incredible Rugby. New Zealand has little to worry about in terms of whether they can put together a world-class team in the future… they could probably out together at least two.