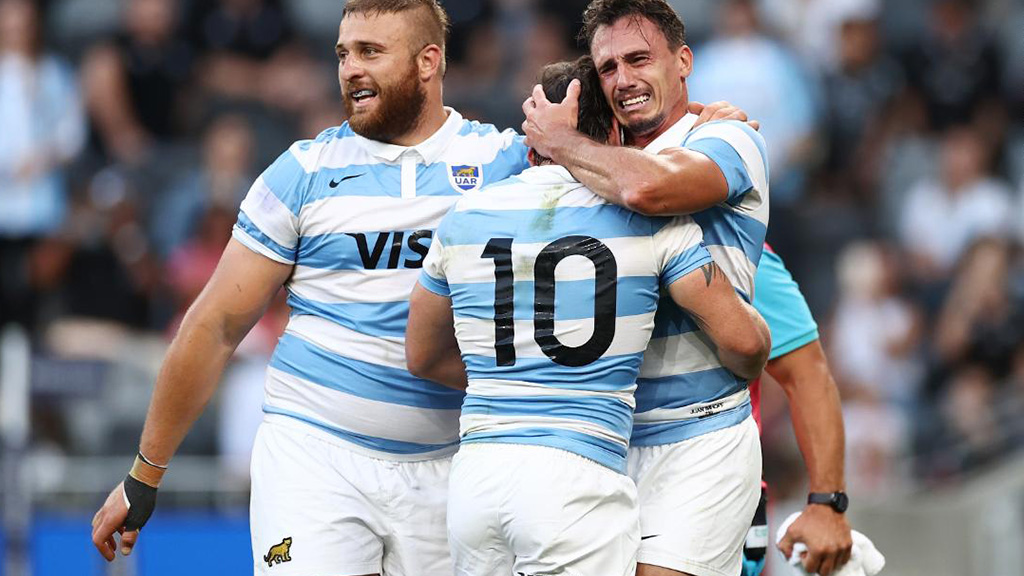 Call it a miracle if you will.

Call it unexpected for sure.

Experts and pundits alike, the majority of Rugby fans across the globe and certainly anyone supporting the All Blacks would never have bet on it, but Argentina has finally beaten the All Blacks.

In game one of their encounter as part of the 2020 Tri-Nations (The Rugby Championship sans-Springboks), saw the All Blacks come into the game on the back of their first loss of 2020 to Australia a week before. The Argentinians had last played a test 102 days prior.

An early scuffle after the whistle saw Los Pumas number 10 Nicolas Sanchez slot in three points to take the lead, only to be levelled by Richie Mounga some five minutes later. Sanchez would score his team’s first try off a kick-and-chase and convert his own try. Two more penalties were conceded by the All Blacks, both converted by Sanchez to secure Los Pumas the lead at the half, 3-16.

Seven minutes into the second half, some poor discipline gifted Sanchez and Los Pumas another 3 points and it took the All Blacks 52 minutes to score their first try off a lineout and mauling drive with the eventual try credited to Captain Sam Cane, to reduce the deficit to 10-19.

Sanchez then slotted another three points, already reaching the milestone of most points scored by a Puma against the All Blacks. A huge turnover by captain Pablo Matera in the 73rd minute was followed by another penalty for Los Pumas a few minutes later. Suffice to say that the successful kick meant that Nicolas Sanchez scored all of his team’s points in the game.

Needless to say that some very well-deseved and emotional celebrations took place within the Argentinian camp as well as amidst their of supporters in the stands when the last whistle blew. A somewhat shell-shocked New Zealand team had been beaten by a better team on the day and had to go back to the drawing board and work out a way to rise above their two game losing streak, the first since 2011.

Los Pumas travelled to Newcastle a week later to take on the Wallabies and hope for a second win that would see them lead the Tri-Nation table but it was the Wallabies who would draw first blood with a relatively easy converted penalty early in the game.

Nicolas Sanchez returned the favour less than three minutes later and Jordan Petaia’s disallowed try for the men in gold before the 15th minute led to another penalty a few minutes later for Los Pumas. Two more penalties were conceded by the guests, both converted by Reece Hodge to see the Wallabies go to the sheds with a 6-9 lead.

An early yellow card for given to Pumas hooker Julian Montoya saw Hodge convert another penalty that stretched the lead to 6 points for the Wallabies and another 3 points for Hodge.

Despite some very promising attack play by both sides, the kicking game prevailed with both teams seeming to avoid handling mistakes – of which there were many – and instead resort to territory play from the boot. Two penalties later, the score ended 15-all in what would be the second draw the two countries have had, the last one in Buenos Aires way back in 1987.

With the All Blacks having had a two week rest to work on their game, the Tri Nations will return next week with Los Pumas against the All Blacks playing in Newcastle, with all three countries currently on 6 points and the championship still up for grabs. The last game of the series will see Australia play Argentina in Sydney on the 5th of December.