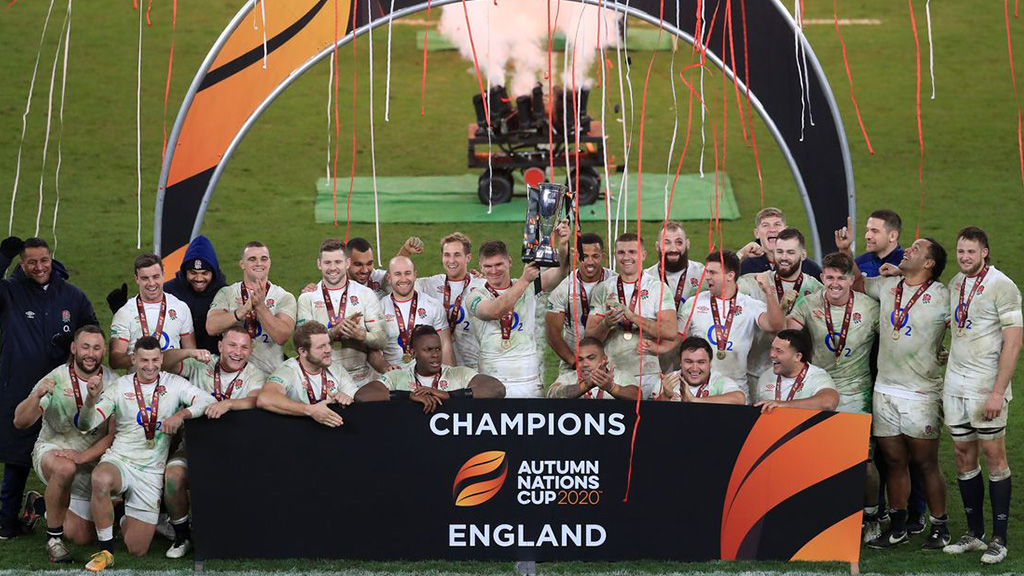 Despite the constant and prolonged effects of the Covid-19 pandemic, the last few months has at least given us some Rugby.

Some games have been played without spectators, some tournaments have changed formats and some promisingly exciting encounters have had to be scrapped outright but despite all of that, global Rugby fans have had their fair share of entertaining matches. Some unexpected results have been recorded and as usual, a good dose of controversy has popped up now and then and at the end of it all, we can at least be hopeful that next year will bring us an end to the woeful times along with bigger and better Rugby days.

Having thoroughly and methodically asserted their dominance over Argentina last week, the All Blacks could travel back across the pond for two weeks of isolation and wait out the result of the final game of the Tri-Nations between the Wallabies and Los Pumas. The Wallabies needed to score 110 points to win the competition so the ABs returned home pretty sure that for all intents and purposes, their last game had secured another piece of silverware to add to the cabinet.

However, Rugby never rules out the impossible let alone the improbable so both the Wallabies and Pumas were expected to give it their all.

Some drama ensued even before kickoff as the press published articles regarding some offensive tweets from current Los Pumas captain Pablo Montera. The tweets were written by Montera some 9-10 years ago when he was only 19 years old, but the racist and demeaning content split the rugby world into two. Some argued that a young and foolish lad had posted those comments and he had grown since then to become the leader and captain of his national team. Others said that he had to be held accountable for his actions. Montera was stripped of his captaincy only to be reinstated later.

When game day finally arrived, the Wallabies donned their indigenous jerseys and a very emotional rendition of the Australian national anthem was sung in both indigenous Eora as well as English for the first time ever in a Rugby test match.

An unfortunate high cleanout on James O’Connor by Marcos Kemper resulted in the first yellow card of the match and gifted Australia with 3 points as Reece Hodge slotted in the penalty in the 14th minute. Playing with 14 men on the field, Los Pumas were back at level points after they slotted a penalty goal of their own some minutes later.

Another yellow was handed to Wallabies captain Michael Hooper in the 28th minute and despite Australia playing most of the half in Los Pumas territory, it was the Argentinians that took the lead with another goal on the 30th minute. A brilliant 80 meter try off a driving maul deep in their own half extended their lead to 13-3.

A late goal from Hodge in front of the uprights ended the half 13-6 to Los Pumas.

Hodge made it 3 from 3 with another penalty before substitute Lukhan Salakaia-Loto was red carded for a high tackle and shortly after, Argentinian Lucas Paulos was also given a yellow for collapsing the maul.

Quite fittingly, it was Wallabies captain Michael Hooper who scored Australia’s last try of the competition and the year and Hodge’s conversion took the score to 16-all. Hodge had the chance to win it for the Wallabies with a late penalty but alas, this time he would swing it right and miss.

Argentina had beaten the All Blacks and drawn twice against the Wallabies in the space of just four weeks.

Perhaps a somewhat more enthralling game was played in Hamilton between the Maori All Blacks against a combined Moana Pasifika team, full of wonderful chip-chases and physicality that one would expect from some of the Pacific’s best players. Coming from behind, the Maori All Blacks secured a 28-21 victory in what some are speculating may be Liam Messam’s “last dance”.

Way up in the northern hemisphere, the Autumn Nations Cup was up for grabs with England and France contesting the winners title at Twickenham and it was the hosts who were the odds-on favourites as France had been forced to field a less than favourable team.

Some 2,000 local spectators who were in the stands for the first time in months however, were treated to a see-saw battle few expected.

England drew first blood with a penalty kick slotted in by Owen Farrell but France took the lead soon after when fly-half Matthieu Jalibert dashed, dummied and darted to feed Brice Dulin for a try. Jalibert stretched the lead with two penalty goals off some ill-disciplined England mistakes. 13-6 to France at the break.

The second half saw Farrell miss two penalties before finally reducing the deficit to four points and then France lost Jalibert. His replacement however slotted in two more goals to Farrell’s one to take the score to 19-12 in the 75th minute.

England’s sheer tenacity drove Cowan-Dickie over the line in a massive maul for a try in the 79th minute and the conversion saw the hooter end regular time at 19 points-all. Extra time with golden points would decide the final outcome.

A stupendous roar arose as Farrell had the opportunity to win the match in the 80th minute but he swung the kick astray and it hit the upright to the massive disappointment of the home crowd. As the prospect of a penalty shoot out began to loom, Frenchman Allivereti Raka conceded the penalty which would not see Farrell miss again. England win the game and the Autumn Nations Cup 19-22.