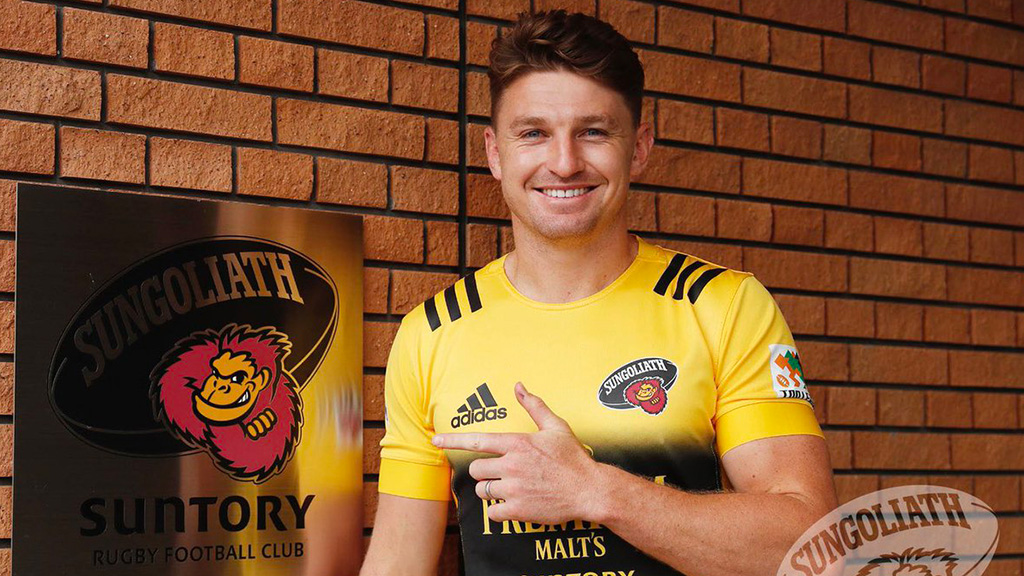 After a brilliant performance at the last Rugby World Cup of which they were hosts, Japan has undoubtedly now established itself as not only an Asian powerhouse but also one on a global scale.

Having participated as Asian representatives at RWC since 1987, Japan finally managed to move forward into the quarterfinals for the first time and the journey that got them there saw them beat all the other four teams in their pool. An unsurprising win over Russia led to an incredible victory over Ireland before a win over Samoa and a final win over Scotland. The dream ended with a 26-3 loss to South Africa, who would eventually lift the Webb-Ellis Trophy.

The whole calculated and strategic way Japan has developed their Rugby took a leap in 2003 when the Japanese Rugby Football Union absorbed the Japan Company Rugby Football Championship in an attempt to improve the level of national competition, increase the game’s popularity and eventually allow Japan to compete more convincingly at International level. This competition is known as the Top League.

Since then, the initial 12 team competition has been expanded to 14 and is now currently running with a total of 16 teams. Traditionally held during the Super Rugby off-season, many notable Southern hemisphere players have plied their trade there and along with the increasing popularity of Rugby, the salary levels have also risen to some of the highest in professional Rugby, giving incentive to players from all around the world including some of the game’s biggest names to play there such as Beauden Barrett, Kieran Read, Dan Carter, Will Genia, Digby Ioane, Matt Giteau, Jacque Fourie and Shane Williams.

Perhaps most unique to the Top League is its format that is divided into three stages and incorporates the competition below it, known as the Japan Rugby Top Challenge League. The 16 teams are firstly divided into two conferences, Red and White, and play a round-robin format over seven rounds. At the next stage, the top four placed teams in the Challenge League join the competition to play in a 20-team round-robin competition in four pools. At the third stage, the top two sides in each pool will then play off to determine the champion.

This year’s competition is scheduled to restart after an 11-month hiatus due to Covid-19 and will kickoff on the 16th of January with Toyota Verblitz playing Suntory Sungoliath, Kubota Spears versus Mitsubishi DynaBoars, Toshiba Brave Lupus against NTT Shining Arcs, Kobelco Steelers playing Yamaha Jubilo and Hino Red Dolphins against NTT Docomo Red Hurricanes.

Prominent players who have recently joined the Top League include TJ Perenara who trades the yellow Wellington Hurricanes jersey for a red NTT Docomo Red Hurricanes one. Compatriot and legendary fly-half Marty Banks joins him on the team but perhaps the most impressive player on the roster is Ippei Hata, the 152 cm, 52 kg scrumhalf that is proof that in Rugby at least, size doesn’t always matter.

Suntory Sungoliath boast Beauden Barrett at number 10 with Australian Samu Kerevi and local superstar Ryoto Nakamura on the wings, while the Brave Lupus have on their roster Japan Captain Michael Leitch and Kiwi loose forward Matt Todd. Meanwhile, Kieran Read is joined by Michael Hooper at Toyota Verblitz as Japan front rowers Keita Inagaki and Shota Horie team up at Panasonic Wild Knights and Australian scrumhalf Will Genia and the sidestep king Quade Cooper are signed with the Kintetsu Liners.

If the above names don’t impress you, perhaps the fact that Panasonic Wild Knights have entered into a groundbreaking partnership with Queensland Reds will. Firstly, Knights coach is Robbie Deans who is no stranger to current Reds’ coach, Brad Thorn whom Deans coached at Crusaders in the 2000’s.

Both teams will exchange players and staff as part of the deal along with youth development programs and the Reds will at some point this year travel to Japan and play the Wild Knights. With Japanese superstar Ayumu Goromaru who consequently has played at Reds before set to retire after the 2021 season, the Wild Knights are keen to make a push to develop and rejuvenate their squad through the programs in the partnership with the Reds and shoot for the championship.

With Kobelco Steelers being the current champions, it will be no easy task for any of the contenders but Sungoliath and Wild Knights have strong teams and Brave Lupus and Liners are also keen to make a go for top spot. It will be definitely be a competition to keep an eye on for Rugby fans everywhere. What cannot be denied is that the Top League will continue to attract bigger names in the future and in turn, improve the standard of its competition… And what a boost that will be for Japan in international and World Cup competitions to come!