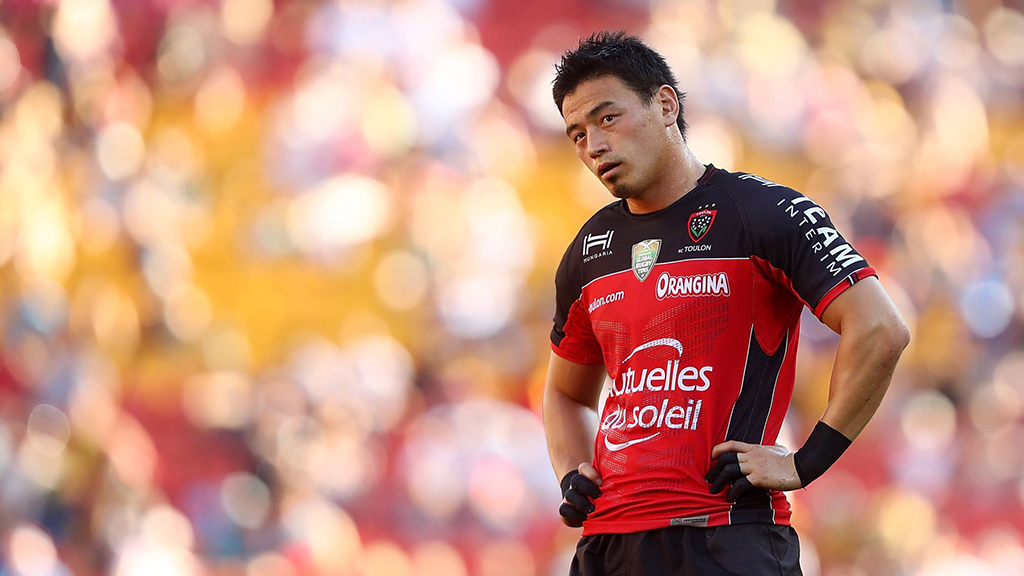 As the curtain closes on the adventure of the Sunwolves in Super Rugby, followed by the highly anticipated next act of the Japan Top League, it is important to acknowledge not only the current influx of foreign players in Japan but also the numerous Japanese players of the past who have plied their trade in more traditional Rugby countries.

As the standard and quality of Japanese Rugby continues to grow, we acknowledge the contribution of the countless pioneers as well as those that have followed them abroad to gain Rugby experience as well as to enrich the global Rugby culture.

With 16 international caps for Japan between 1967 and 1973, Yoshihiro Sakata had played wing for Kintetsu Liners before moving to New Zealand in 1969 to study at the University of Canterbury. Whilst there, he became the first Japanese player to play for their Rugby team and played a total of 27 games scoring 30 tries. He went on to play provincial Rugby for Canterbury RFU and received the nickname “Demi”, a mispronunciation of “Deme” meaning “big eyes”.

“Demi” Sakata played in the first Japanese representative match against Wales and closed his international career playing France on 23 October 1973 in the final match of the Japanese tour of Wales, England and France.

As a student at Oxford University in 1990, prop and lock Toshiyuki Hayashi participated in regular varsity matches against rivals Cambridge and went on to be elected among the Oxford Best 15, being the only non-British player to be included. Nicknamed “Destroyer”, Hayashi also became the first Japanese player to be invited to play for the Barbarians in 1992. Hayashi’s teammate in both the 1987 and 1991 Rugby World Cup, the 190 cm lock Atsushi Oyagi also managed a short stint at Canterbury College before returning home to play for Doshisha University and Kobelco Steelers.

The late fly-half Seiji Hirao who also played a lengthy career with Kobelco Steelers was also a graduate of Doshisha University and upon graduation, played a year at Richmond Football Club in London. His playing brilliance gained him extensive popularity and earned him the popular nickname of “Mr. Rugby”. He succumbed to illness and passed on, in 2020.

Another Japanese winger to have played abroad was Yoshihito Yoshida, who played for US Colomiers in Pro D2 France in 2000-2001. Playing in both the 1991 and 1995 Rugby World Cups, Yoshida went on to gain 31 caps for Japan as well as playing for the World XVs against the All Blacks in 1992.

Japanese players who were born in the 1980’s have been more active than ever in terms of playing abroad.

36-year-old scrum half, Fumiaki Tanaka and 35-year-old hooker Shota Horie were both signed by Otago in the provincial ITM Cup competition in New Zealand after their performances at RWC 2011. Tanaka went on to become the first ethnic Japanese player to sign a Super Rugby contract, joining the Highlanders in 2013. Horie went across the pond to play for the Melbourne Rebels that same year.

Fullback Ayumu Goromaru who has played for Japan with Tanaka and Horie played an especially memorable match in Japan’s victory over South Africa at RWC 2015 and followed it up with a move to join Queensland Reds in 2016 before moving on to Toulon that same year. At the same time, wing Akihito Yamada was placed on a one-year contract to Western Force, ahead of the Sumwolves admission into the Super Rugby Franchise.

At present, loose forward Kazuki Himeno carries on the tradition as he is on contract with the Highlanders as well as Toyota Verblitz in the Japan Top League. The much improved and now world-class competition that Japanese Rugby has attained, owes much to the players who have ventured to play abroad in the past. Their initiative is now reciprocated by the growing number of top class international players who play in Japan.