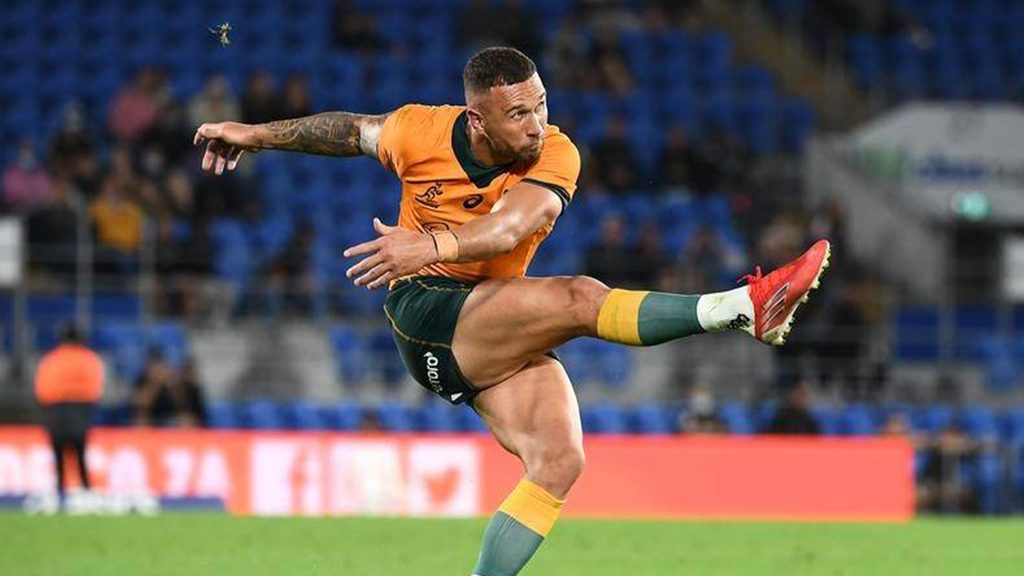 It came as a surprise to everyone when the news came out that Quade Cooper, a veteran of 70 Wallabies Tests had infact, been denied request for Australian citizenship no less than four times.

He had been living in Australia since he was 13 years old, moving there from Auckland and quickly proving himself to be a very competent Rugby player at Springwood State High School before being awarded a scholarship to Anglican Church Grammar School. It was there that he excelled in the school’s First XVs, tying with Brisbane State High School for the Queensland GPS Premiership in 2005.

Earning a spot in the Australian Schoolboys tour of the United Kingdom in 2005, he played with future Wallabies teammates David Pocock and Lachie Turner before rejoining the squad in 2006, the year he also worked his way into the Queensland Reds’ side.

In 2007, at 18 years old, Cooper had signed for the Reds and by 2008 he had made the Australian national U-20 squad at the IRB Junior World Championships despite being shown some interest by the NZRU as well as a speculated defection to Rugby League. Cooper made his international debut for the Wallabies that same year against Italy, in Padova.

Cooper played all 13 games in the Reds’ 2009 Super Rugby campaign gained his first test start against Italy in Melbourne the same year.

Come 2010, Cooper was a staple in both the Reds and Wallabies and was selected to play at the Rugby World Cup in New Zealand in 2011, succumbing to an ACL injury in the third place playoff and in 2012 he extended his contract with ARU for another two years.

Throughout the 2013-2015 was again a staple in the Reds’ and Wallabies’ squads. In 2015 he briefly turned down a stint at Toulon opting instead to represent Australia at the Olympic Rugby 7s in Rio. Later on, as he was introduced to RC Toulon as a member of the team, Cooper cited his non-Australian citizenship as the reason he was dropped from the Olympic 7s squad.

A tumultuous next few years ensued for Australia Rugby’s sidestepper as he was dropped from the Reds’ squad by new coach Brad Thorn with Cooper eventually signing with the Melbourne Rebels in 2018. The Wallabies under Michael Cheika also snubbed Cooper, opting instead to give Bernard Foley, Kurtley Beale and Matt To’omua the fly-half position.

And then the fairytale began…

In the midst of Covid restrictions and non performing fly-halves throughout the Super Rugby and Trans-Tasman, it was rumoured that Cooper may get a callback into the Wallabies squad from new coach, Kiwi Dave Rennie. The rumours were confirmed in late July and in the fourth round of the Rugby Championship, Cooper started against South Africa. Australia would defeat the World Champions 28-26 and Cooper would contribute 23 of those points including the winning penalty in the 82nd minute. He played a consistent role in the next game, helping Australia win the Mandela Plate with a 30-17 win over the Springboks.

All this from a Wallaby that isn’t even an Australian citizen.

Needless to say, the recent comment by Australia’s immigration minister that “distinguished applicants” such as Cooper will be given priority for citizenship will cement his full integration into his “adopted” country.

A crossroads that may finally see Cooper fulfill his Australian Rugby journey completely.