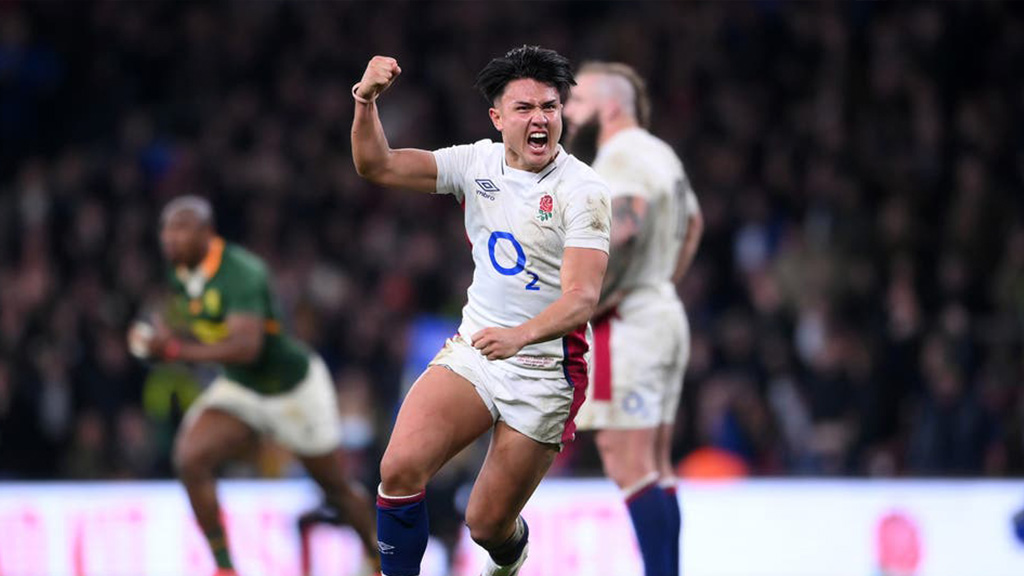 At the tender age of just 22 years old, Marcus Smith has already attained legendary status as England hero after his last-minute penalty kicked delivered the winner against South Africa in their latest encounter. Their last game had been at the RWC finals in Japan and England had been humbled miserably.

Born in Manila, Smith moved to Singapore when he was just 7-years-old and began playing for local club, Centaurs. “He could actually do things other kids couldn’t even see,” says former Centaur’s coach Paul Stephen.

After making a move to the UK at thirteen, Smith began to attend Brighton College where he captained the 1st XVs. Smith first played at scrumhalf but changed the game he was put into so extraordinarily that he quickly attained the no. 10 position and never looked back from there.

Soon enough, Smith had made his way into the Harlequins Elite Player Development Group and eventually the full-time Academy.

Playing in the Premiership 7s, he scored two tries on the first day and took his club into the Semis. He made his professional debut the same year and only two weeks after his first game for the Quins Smith won the Man of the Match award when they beat Wasps, ending a 20-game winning streak.

As he has shown when taking full charge of the no. 10 spot in the England squad, this kid is something else… Disciplined on the defence and electrifying on attack, Smith has the skillset very few possess, even at the highest echelons of Rugby stardom.

He can pass impeccably to both sides, toe punt well with both feet, sidestep, chip, chase and also burst through gaps that leave even the camera operators in the dust. He reads the game like a hybrid of Will Greenwood, Owen Farrell and dare one say the great Johny Wilkinson himself. And he is still – we have to remind you again – only 22 years old!

With England having come so close to winning the RWC in Japan, having made the finals after defeating the indomitable All Blacks, Smith gives hope that the rebuilding phase leading to the next RWC in France will go well for The Red Roses. A young Freddie Stewart is also making his mark in the fullback position and the continued development may just see an England side that can go all the way at RWC 2023.

As good as he is now, Smith promises to get even better and even with the mild controversy over Eddie Jones’ statement about him “having to keep his feet on the ground”, Smith seems a shoe in as England’s fly-half for the foreseeable future. And what a future it may be!