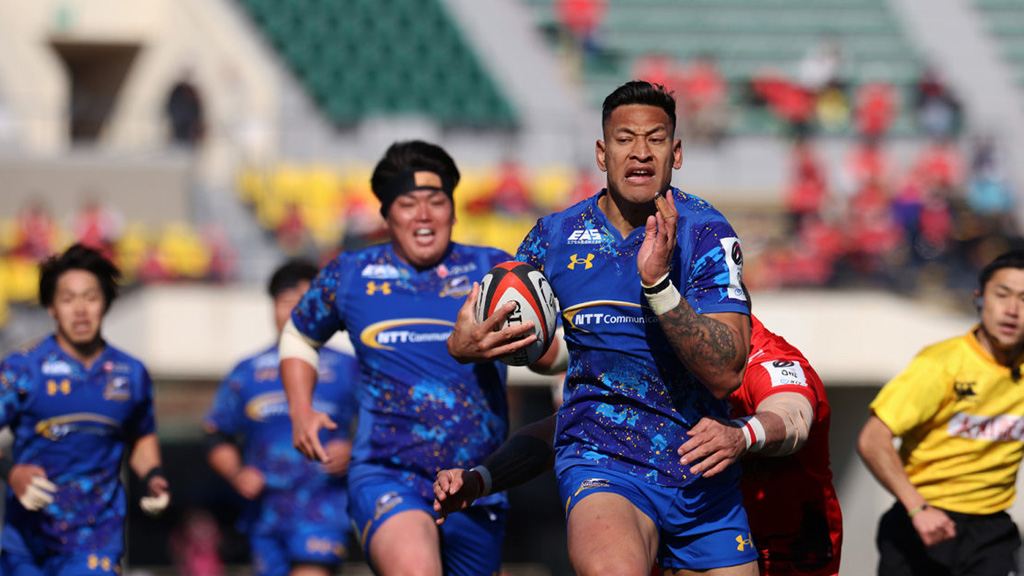 The inaugural NTT Japan Rugby League One has started in Japan, with a new structure that aims to create stronger ties with the local communities, outlining the importance of future developments through grass-roots involvement and long-term continuity.

Along with the new competition, we must also mention the numerous world-class players that have been recruited in order to boost the prestige as well as the overall quality of the game in Japan. Quade Cooper, Pieter-Steph Du Toit, Patrick Tuipulotu, Damian McKenzie, Marika Koroibete, Elton Jantjies and Israel Folau have all joined teams in the competition this year. They join local players Michael Leitch, Yu Tamura and Kenki Fukuoka amongst others in what promises to be an exciting competition, as worth the watch as any in the world.

The new format means more teams in both League One as well as the D1 competition and that means more games. Valuable games indeed, as Japan strives to better its past performances as it launches its own campaign for RWC France 2023.

In regards to team names, each team in League One is required to clarify their home stadium and activity area. Last year’s Yamaha Motor Jubilo is now Shizuoka BlueRevs, Suntory Sungoliath is now Tokyo Suntory Sungoliath and Panasonic Wild Knights are now the Saitama Wild Knights, training at Kumagaya Sports Culture Park, where they hope the local community will come and attend training sessions and create a bond as well as a sustainable fan-base for the team.

The beginning of the season itself unfortunately started with a setback.

The Kubota Spears vs Saitama Wild Knights game had to be cancelled due to six to nine confirmed Covid cases in the Wild Knights camp. But the games that did go ahead highlighted how big of an impact the big names can have on games.

Israel Folau scored two tries in his first game for the Shining Arcs Tokyo-Bay Urayasu in a thrilling 24-23 win over the Kobelco Kobe Steelers with New Zealander Otere Black also contributing crucial points in the match. Aaron Cruden missed a possible match-winning conversion for the Steelers in the 85th minute to the disappointment of the Kobe fans.

Suntory Sungoliath’s Damian McKenzie contributed 24 points off the boot in his side’s 60-46 win over Toshiba Brave Lupus while Yu Tamura scored a frenzy of points in Canon Eagles’ win over the Green Rockets, 33-12. Meanwhile, the Black Rams won over the Red Hurricanes 43-22 in the final game of the first round.

Suntory Sungoliath and Canon Eagles continued their winning streak in the second round, defeating Toyota Verblitz 50-8 and Kobe Steelers 55-21 respectively. Kubota Spears went on to win their delayed debut game, defeating Shining Arcs 19-9 while the Red Hurricanes suffered their second loss as they went down to the Toshiba Brave Lupus 35-16.

We will all undoubtedly keep a close eye on this competition; For the weekly games, how they work around the possible Covid restrictions, as well as to see how Jamie Joseph fares as he prepares his Brave Blossoms side for the next World Cup.