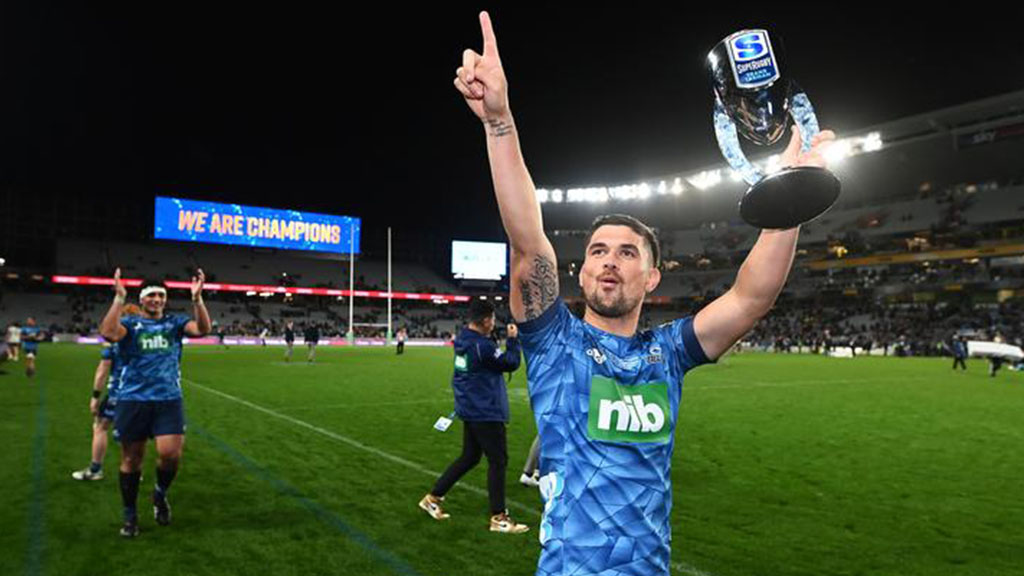 At the end of the Super Rugby Trans-Tasman regular season, the table was as to be somewhat expected. Five New Zealand teams were at the top with their five neighbouring teams at the bottom. The final games of the regular season were definitely worth the watch, with the Aussie teams giving it their all but it was all to no avail as the Final would ultimately be fought out by the two top Kiwi teams. Somewhat of a surprise was that the Crusaders were neither of those teams.

Instead, it was the Blues and Highlanders who would battle for supremacy of the somewhat altered Super Rugby format, adapted due to Covid-19.

It has been 18 long years since the Blues won it and six for the Highlanders so both teams were keen to get their hands back on the silverware. Playing the Final at Eden Park in front of a huge home crowd would give the Blues a massive advantage and the Highlanders a difficult task to accomplish.

Led by Ash Dixon, the Highlanders began proceedings with an imposing haka and also drew first blood from a penalty in the fifth minute of play but it was Mark Telea who scored the first try for the Blues some 12 minutes later. Midway through the half, Ash Dixon was sent to the Sin Bin for a high tackle on Otere Black which also added three points from the penalty to the home team. The visitors added to their books some minutes later but at the end of the first half, the Blues took to the sheds 13-6 up.

It would take another 20-odd minutes for the next points to be scored and this time it was through the boot of the ‘Lander’s Mitch Hunt as he slotted in another 3-pointer. Another penalty brought the boys from the South to one point shy of their opponents and a few minutes later they took the lead through yet another penalty.

Going into the last ten minutes of play, Harry Plummer reclaimed the lead from the boot and the stage was set for a thrilling end.

A powerful break off the ruck from Hoskins Sotutu led to a Blake Gibson try just four minutes from the end of regular time and a conversion from Plummer brought the crowd to their feet and blew the roof off the park.

The drama continued however, with a persistent Highlanders side keeping possession and edging towards the Blues try line. Playing on advantage, the ‘Landers missed a drop goal attempt and settled for a five-meter penalty lineout which they took and then drove on with almost the whole team on the maul.

The Blues resisted, the ‘Landers persisted; the Blues hung on and the ‘Landers knocked-on… Time was up and the Blues were Super Rugby Champions once more. Final score, Blues 23 – 15 Highlanders.

Halfway around the world, the British and Irish Lions have begun preparations for their South African tests. The squad, led by Alun Wyn-Jones and coached by Warren Gatland aims to follow up on their Australian series win eight years ago and their draw in New Zealand four years ago with a victory in South Africa this time around.

With the recall of Kyle Sinckler for injured Andrew Porter, the Lions will start their campaign with a game against the Japanese Brave Blossoms on Saturday 26June at Murrayfield Stadium in Edinburgh. Several players from the Chiefs and Harlequins who are playing in the Premiership Finals at Twickenham on the same day, will not be featured in this warm up match.

Meanwhile back in the Southern Hemisphere, the All Blacks have named their 36-man squad to face Tonga and Fiji in the July tests with the Bledisloe against Australia set to be played in August. Sam Whitelock has been named Captain and no surprise, both Beauden Barrett and Brodie Retallick have made the squad after returning home from playing in Japan.

Five uncapped players have been named with prop George Bower being called back into the squad where he will join Finlay Christie, Ethan Blackadder, Ethan de Groot and Quinn Tupaea, all hoping to get their first cap.

A mid-year full of great Rugby to be played is coming your way soon!